The Workplace Gender Equality Agency is managed by a Director, supported by a small team of executive managers with diverse experience leading research, education, operations, advice and reporting, and public affairs. 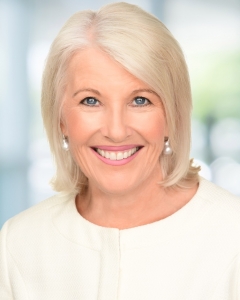 Libby Lyons was appointed Director of the Workplace Gender Equality Agency in October 2015. She oversees the statutory reporting process that gathers gender equality data from more than 10,000 employers, covering more than 4 million employees. Soon after taking up her appointment at the Agency, Libby initiated the development of a strategic plan focused on maximising the Agency’s world-leading dataset and expanding the reach and impact of gender reporting nationally and internationally.

As part of this strategic vision, Libby has travelled to Singapore, Chile, Argentina, Vietnam, South Korea and Japan to speak with government and private enterprise on the business case for gender equality and the Agency’s dataset. She also presented at the United Nations Commission on the Status of Women in New York in 2018 and 2019.

In leading the Agency, Libby is focused on working closely with employers to achieve gender equality and takes part in regular roundtable and speaking events with business leaders and their peers to share their experiences, challenges and successes in creating workplaces where the skills and ambitions of employees are equally recognised and rewarded regardless of gender.

Libby was listed in Apolitical’s 100 Most Influential People Working in Gender Policy for both 2018 and 2019 and was featured in 200 Women Who Will Change The Way You See The World. She is a member of Chief Executive Women and is a proud Ambassador for Honour a Woman, a volunteer organisation working to achieve gender balance in the Australian honours system.

Prior to joining the Agency, Libby had a distinguished career in corporate affairs and government relations, including heading up BHP’s Olympic Dam corporate affairs division, as well as senior roles at Atlas Iron, CITIC Pacific Mining, Alcoa of Australia, the Western Power Corporation and Telstra.

Libby has a strong personal commitment to public service, having started her career as a primary school teacher. She also sat on the boards of non-profit organisations SIDS and Kids WA, and was Executive Chairman for Kalparrin, a charity that supports the families of children with special needs and disabilities. 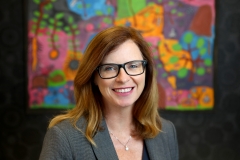 Anne is Operations Executive Manager and leads the team responsible for delivery of the cross-agency support functions of IT, human resource management, finance, procurement, property management, records management, governance and compliance. An integral part of this role is to provide leadership in the optimisation of resource and business planning including the Agency’s data management system.

Anne has worked in the Agency since 2006 as HR Manager and has more than 20 years experience working as a human resource professional for corporate and non-corporate commonwealth entities. Anne holds a Graduate Diploma in Management. 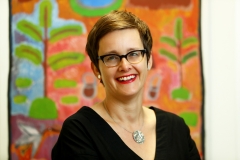 Janin Bredehoeft is the Research and Analytics Executive Manager at the Workplace Gender Equality Agency, leading a team responsible for data management, analysis and benchmarking as well asthe research and education functions of the Agency. A key aspect of her role is unlocking the potential of the Agency’s world leading dataset through internal and external collaboration to enhance gender equality in Australian workplaces.

Janin has been with the Agency since 2015 and taken on a number of roles in research, data analysis and education. Janin has a strong background in research, having completed her PhD at the University of Sydney in 2019, analysing the developments of academic labour markets in Germany and Australia. 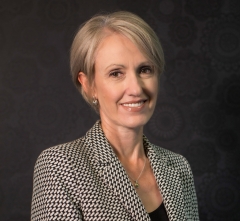 Vanessa leads the team responsible for the reporting and related functions under the Workplace Gender Equality Act 2012, and the leading practice functions of the Agency. Vanessa has worked in key roles in the Agency since 2001, having been integrally involved in the reforms of the Agency and its underlying legislation, and in the development and implementation of the WGEA Employer of Choice for Gender Equality citation. Prior to working at the Agency, Vanessa worked in a range of senior roles in the private sector.

Vanessa has a Bachelor of Science majoring in psychology, particularly focussing on her areas of interest, organisational psychology and neuro-psychology. 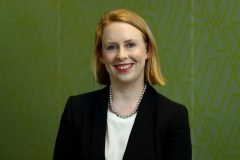 Kate has recently joined the Workplace Gender Equality Agency as the Executive Manager of Engagement. Kate’s team drives the Agency’s communications and engagement with the media, employers and the community.

Prior to joining WGEA, Kate spent 10 years in politics as Ministerial policy advisor to state and federal governments as well as in opposition. Kate provided research and advice on women’s economic security and their position in the workforce as well as on a number of areas within the health portfolio. She has also worked as a union official representing nurses and public servants in enterprise bargaining. 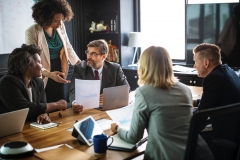 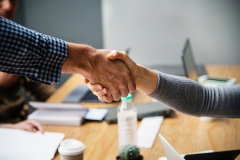 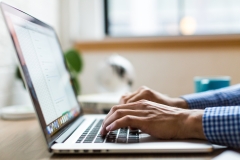