News
All industries
For everyone

As she finishes her five-and-a-half-year tenure this week, we catch up with Libby Lyons, outgoing Director of the Workplace Gender Equality Agency (WGEA), about perspective, ambition and making change. 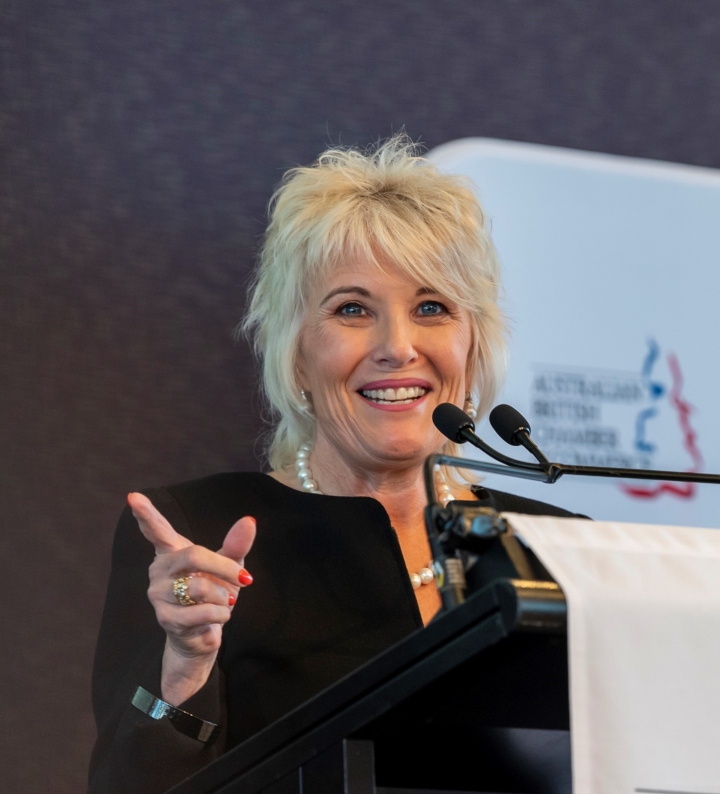 What is your professional background, and why did you decide to join WGEA?

I come from a family of hard-working, determined women – my grandmother was Dame Enid Lyons, the first Australian woman elected to the House of Representatives and the first female Cabinet minister – and tackling injustice is something that runs deep for me. The opportunity to work in a role that offered the opportunity to improve the lives of real people really hooked me in!

What does equality mean to you?

You’ve worked in both male and female dominated industries in your career. Are there any similarities between the two which you found particularly striking?

There is something that happens when you get a dominance of one type of person – men, women, people of all one religion or ethnic background – you end up in a situation where the majority are bringing a similar experience and ideology – and in those environments where there is a dominant group, it makes it very hard for the minority voices to be heard. That can be due to a lack of confidence, or a lack of willingness for the dominant group to listen, but whatever the reason it is a big problem. There is so much evidence now to show the benefits of diversity and when diversity is missing in a workplace that business is missing opportunity to grow.

If you could go back and offer advice to yourself at the start of your career, what would it be?

To be yourself and absolutely back yourself, with every decision you make. Too often, I think we feel trepidation about decisions we make because we might be in a minority in the workplace.

Be prepared to take a risk because nothing is gained without taking a risk. There have been times when I have left permanent roles for a 12-month contract because I have recognised the opportunity for growth – to learn new skills, new experience. It is an old saying but it is so true – nothing ventured, nothing gained.

I get inspiration from lots of different people, from the team with whom I work, to family, friends and former colleagues.

I have a wonderful mentor – a former CEO from a role earlier in my career. He was a fantastic boss – understanding, empathetic, gave great direction, was supportive. He was brilliant. He is still a mentor for me today, and if ever there is a work problem really bothering me, I give him a call.

I also get great inspiration from my husband and my son. My husband has had a career in business and as an academic. He has been fantastic on focusing my mind on the research and the data and the more academic side of the work we do at the Agency. I have become a real data nerd in my time here! And my son is 26, just starting out in his career and he really inspires me too, because he has a different energy and a different view of the world and that is really important. He challenges me to think differently about how we might do things.

What keeps you awake at night?

It is always dependent on what is happening at the time. But the common theme is people and their problems – thinking about the people I work with and my interactions with them keep me awake. Sometimes it can be management issues, but often it is the personal and professional issues faced by the people I work with, because it is these issues that affect their day-to-day lives including their work. I care about people and for me that will always cause me the most angst. They are also the problems I try hardest to fix because I will only ever be as good as the people with whom I work.

What one change would you like to see made to improve gender equality in Australia?

As you depart the Agency, do you have an advice for the in-coming in coming Director, Mary Wooldridge?

My advice to Mary is to recognise the wonderful opportunity and privilege she has to be the custodian of this world-class data set. It is a “national treasure”. Mary has the chance to build on this “national treasure”, to build on the progress that we have made. I can say with confidence that she will seize this opportunity and really make the work the Agency is doing soar.

We’d like to create a chain of shared knowledge across our participants in this interview series. What question would you like to ask our next My Two Cents interviewee?

What gets you out of bed every morning?

My Two Cents is a new regular WGEA feature where we find out more about the background, motivation and ideas of some of Australia's most prominent business leaders.