The highest paid men in Australia are being paid at least $162,000 more than the highest paid women, but women could be on par with men in most management roles within the next two decades, a new report shows.

Research released today by the Bankwest Curtin Economics Centre (BCEC) and the Workplace Gender Equality Agency (WGEA) finds women are progressing into full-time management roles at a faster rate than men, and employers that offer at least 13 weeks of paid parental leave (PPL) halve the rate of loss of workers.

However, the report, Gender Equity Insights 2019: Breaking through the Glass Ceiling, found that, based on current growth patterns, female CEOs will have to wait another 80 years until 2100 before achieving equal representation with their male counterparts.

The 2017-18 WGEA Gender Equality dataset is based on 4,644 reports submitted in accordance with the Act for reporting period 1 April 2017 to 31 March 2018. The dataset captures 4.1 million employees – which equates to over 40 per cent of all employees in Australia.

BCEC is an independent economic and social research organisation located within the Curtin Business School at Curtin University. The Centre was established in 2012 through the generous support of Bankwest, a division of Commonwealth Bank of Australia.

Interviews with the report authors and a WGEA spokesperson are available to be pre-scheduled on Wednesday 27 and Thursday 28 February, including morning radio and television. 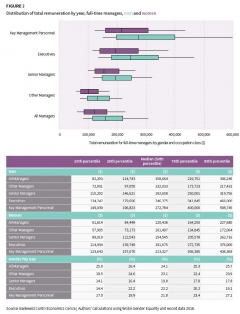 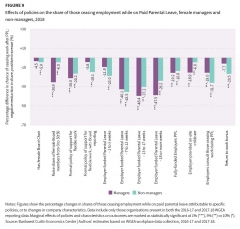 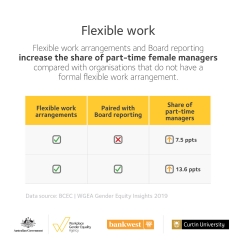 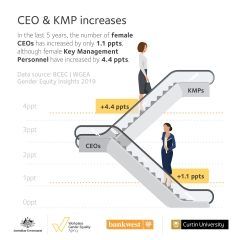 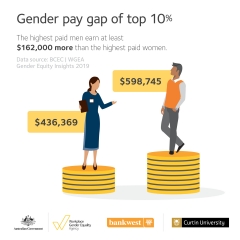 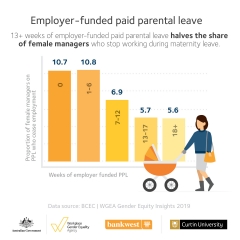