In partnership with the Bankwest Curtin Economics Centre (BCEC), the Agency uncovers new insights about gender pay gaps in Australian workplaces. Every year since 2016, BCEC has produced a report analysing the Agency’s datasets to explore trends and identify policies and practices that work to address gender inequality in the workplace.

Each year, the series has highlighted that the gender pay gap remains a persistent and concerning feature of the Australian labour market. Despite advancements in women’s educational attainment and workforce participation, as well as the introduction of anti-discrimination legislation, the national gender pay gap has hovered between 14% and 19% for the past two decades. Although women are progressing faster into management and leadership roles, the data shows that systemic gender pay gaps persist, and are higher in senior leadership.

The 2016 report recommends that organisations conduct a pay gap analysis to target and reduce gaps. This involves auditing the current employee pool’s remuneration to uncover any cases of unequal pay, as well as differences between the average earnings of men and women across different position levels and the organisation overall.

In 2018, the series offers some encouragement that Australian businesses are taking the issue of gender pay equity seriously, with more Australian organisations than ever before seeking to measure their pay differences and review their remuneration policies. It notes that when analysing pay roll data, organisations should review both base salaries and discretionary pay.

Respond to the pay gap analysis

Measuring gender pay gaps is not enough—organisations should act on their pay equity outcomes to make a positive difference.

Encouragingly, the 2018 report found that more than half of those organisations that conducted a pay gap analysis also took definitive action in light of the results. The most common type of action to take was to report to the executive, followed by reviewing performance pay.

It also found that more organisations than ever before are implementing specific actions to address cases of unequal pay, nearly doubling from 12.3% to 21% in the two years to 2017 among companies that undertook pay audits.

Importantly, the report highlights that pay equity actions are more effective in combination than in isolation. For example:

The 2019 report showcases a number of workplace policies that have proven key to ensuring women continue to progress into senior positions and narrowing the gender pay gap.

Increase the representation of women in leadership

The BCEC series uncovers critical evidence of the importance of female representation in senior leadership roles—not only to reduce gender pay gaps but to improve company profitability and productivity.

In 2016 and 2017, the research shows that increasing the representation of women in executive leadership roles is associated with declining gender pay gaps:

Critically, in 2020, the series delivered a clear message:

The research analyses changes in the gender composition of leadership structures within a company and links these to company performance. It demonstrates that increasing the representation of women across each of the key leadership roles in a company added company market value of between $52m and $70m per year for an average sized organisation. These findings are statistically significant, meaning the association between women in leadership and business performance is causal.

Despite this, on average women remain under-represented in senior management. The latest WGEA data confirms that only 14.1% of board chairs are women, with very little change over the last six years. Among management tiers, women are more likely to hold lower level line management roles than senior leadership positions. The research findings in this report demonstrate clearly that gender diversity in leadership is not just a matter of fairness but a commercial imperative.

Key findings from the latest report 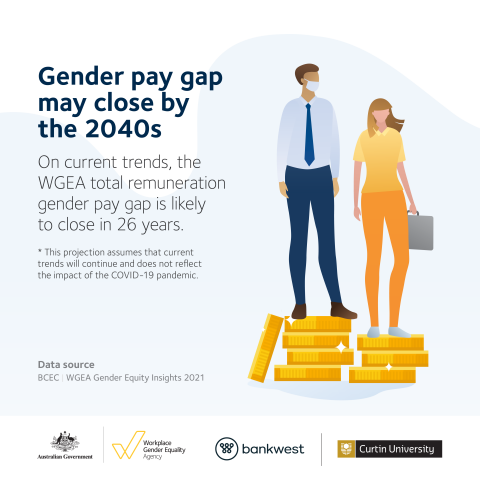 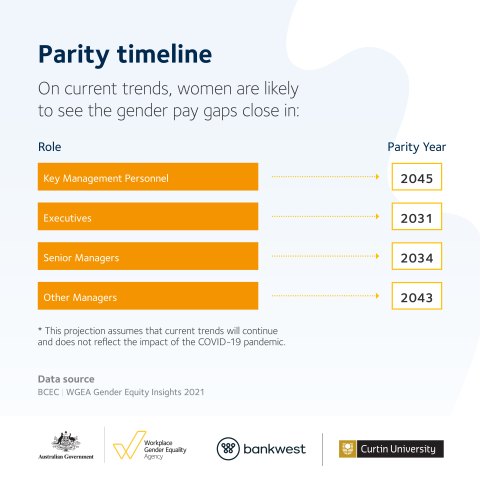 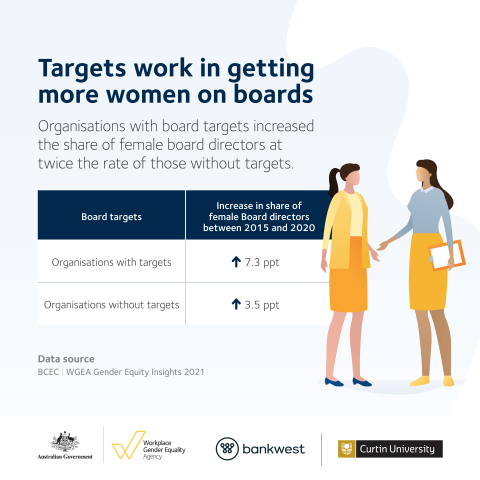 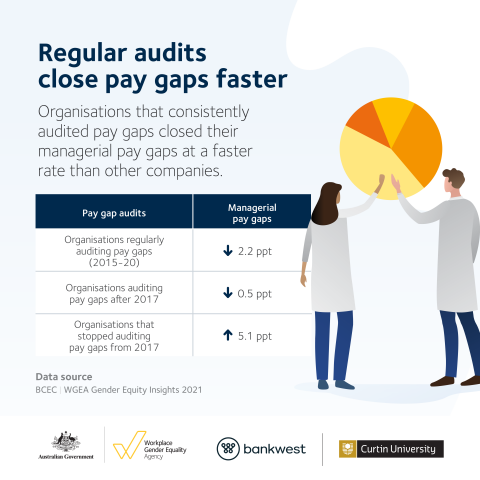 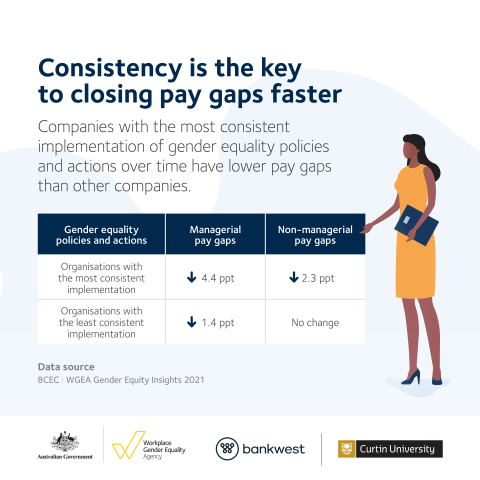 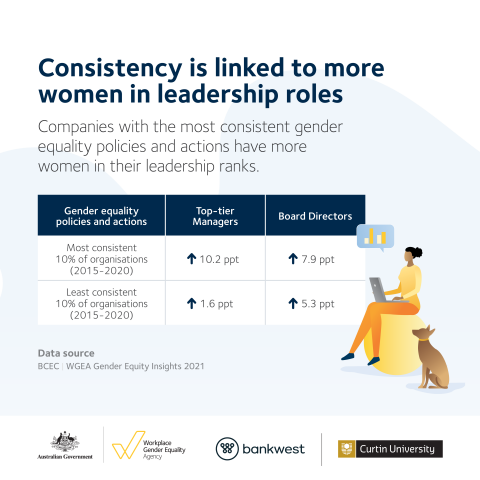 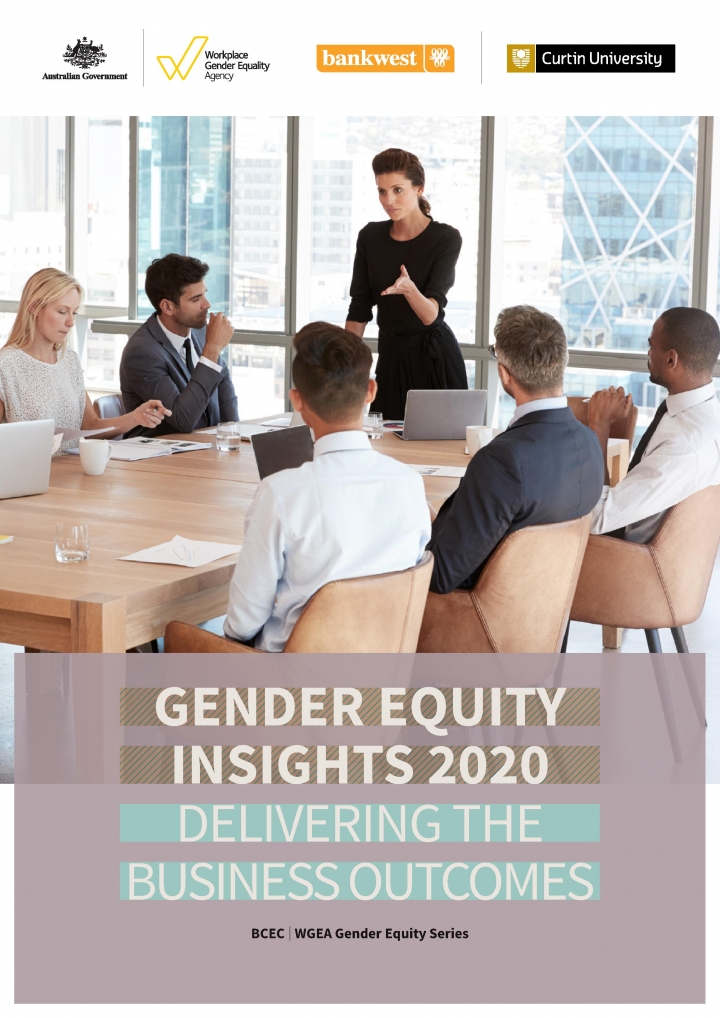 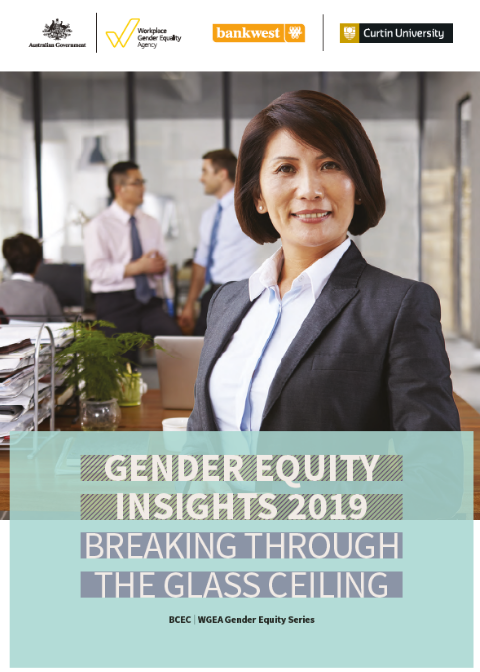 A special investigation on Women in Leadership is included, examining the role of workplace environments and policy initiatives in improving the representation of women in the workforce and in narrowing the gender pay gap. 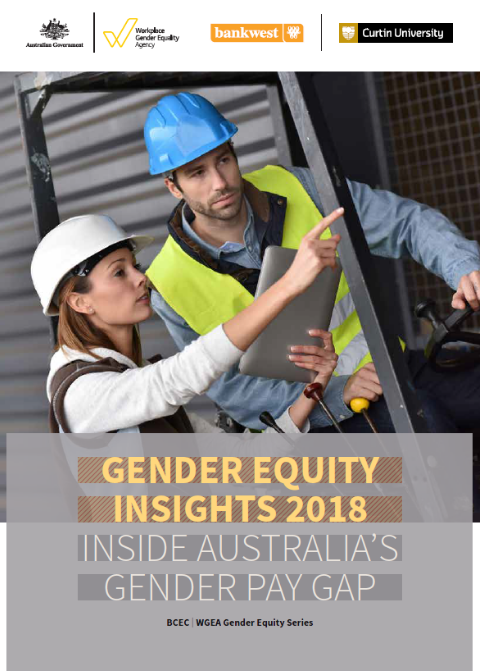 The report shows there is a clear link between employer action on pay equity and lower pay gaps and demonstrates the need for leadership accountability on closing gender pay gaps. 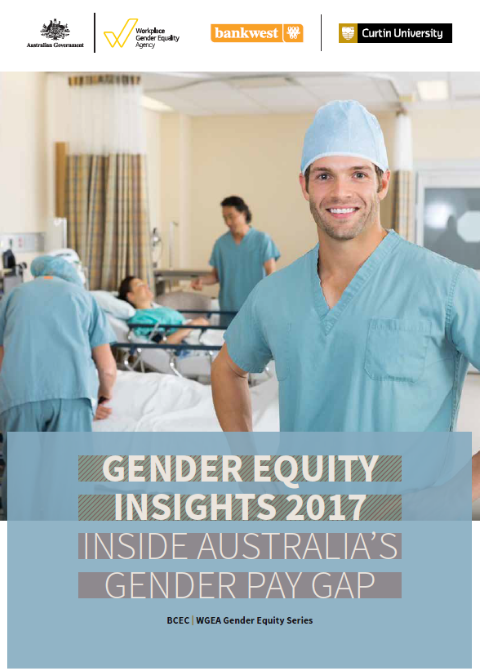 The report shows the extent and consequences of gender segregation in the workplace and also provides evidence that greater balance of senior management levels drives organisational change and improved gender pay outcomes. 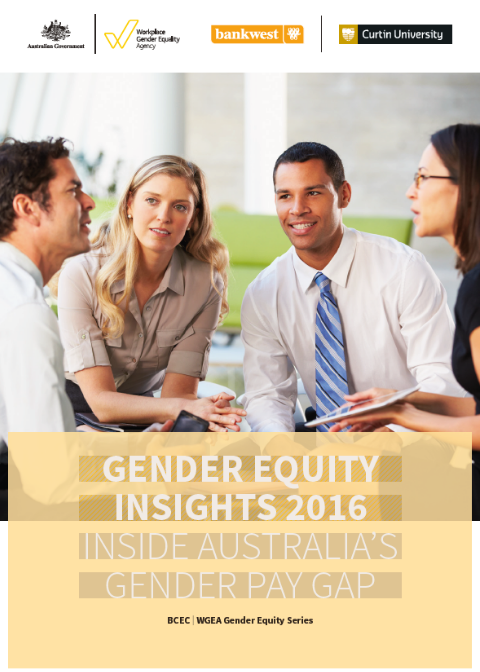 The report shows that greater representation of women on Boards is associated with a significant reduction in the gender pay gap.